"Limitations are the Anchors of What We Want to Be"

As he stood before his fellow Selah High School graduates, class chosen speaker, Hunter Foster, commanded the afternoon's stage, and in doing so, used the moment to talk about a piece of equipment found on a water vessel—an anchor.

As he enthusiastically celebrated the end of one journey with his classmates, he acknowledged the beginning of another called, "Life." Looking out at the 234 blue and gold clad seniors sitting before him that comprised the Class of 2019, Foster spoke of life's opportunities that the soon-to-be-graduates would have at hand. As he addressed the SunDome crowd, Foster explained that in the new journey of life, he and his schoolmates would approach a sea of obstacles, just as they had encountered during their voyage of 13 school years. And, like they had done in the past, they would use their knowledge and skills to overcome existing barriers. Foster further explained that within the face of obstacles is opportunity with the goal being to seize each moment without the weight of limitations. So, as he faced the friends he had known since youth, Foster seized the moment to talk about an anchor—the piece of equipment commonly found on water vessels. As he challenged his classmates to embrace the new voyage which will lead them to where they want to be, he cautioned them about yielding to the anchor of limitation.

"As we greet opportunity, we cannot limit ourselves," said Foster.  "Limitations are the anchors of what we want to be."

Preceding Foster's address, faculty chosen speaker, Mattye Gunner, kicked-off the afternoon's references of water. As she recounted the Class' high school years and the goals it achieved, Gunner encouraged graduates to take risks and not be afraid to fail as they catch a new wave in the vast ocean of possibility.

"It begins today," said Gunner. Grab a wave and change the world."

Opening the ceremony, Superintendent, Shane Backlund, highlighted the changes that have transpired since the seniors' first day of kindergarten. Facebook was in its infancy, the I-phone had not been developed, and YouTube was a start-up company. Backlund then explained how change is accompanied with uncertainty, yet, great opportunity; and, in today's world a specific skill set is needed to adapt: the ability to be collaborative, the imagination to be creative, the aptitude to be a critical thinker, and the character to be empathetic. Backlund professed his confidence in the Class that members had these skills, and he challenged them to embrace the opportunities that lead to change.

Prior to the awarding of diplomas, Principal, Colton Monti, spoke of the special place the Class of 2019 held in his heart because it was his first graduating Class while at the helm of Selah High School. While Monti acknowledged his certainty that the graduates sitting before him would "dominate the day" in a rapidly changing technological world, he advised them to invest in people.

"Invest more in people, than you do in technology. Serve others, love others, help others and by doing so, you will make a difference in the world."

As this year's graduates prepare for life's next journey, they are excited to greet a new wave of possibility.  Although they will undoubtedly approach uncertainty, one thing is clear—no matter where the voyage takes Selah's latest graduating class, limitations will not anchor them down. 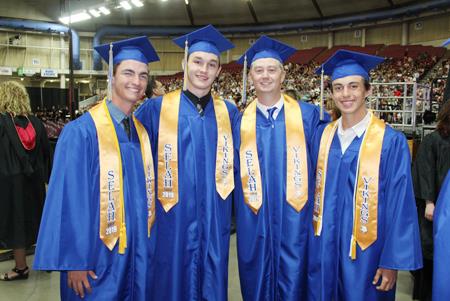 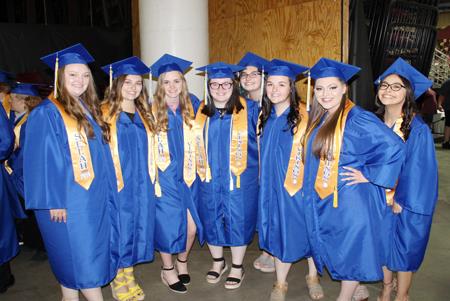 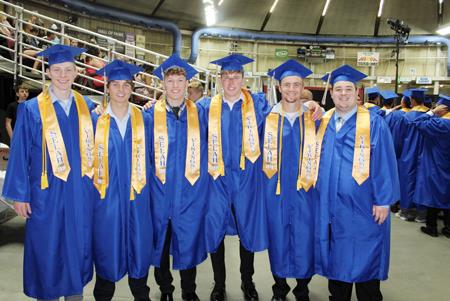 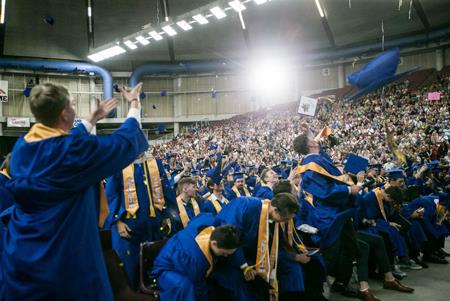