A Savings to Selah Taxpayers

There is some good news for Selah taxpayers!  In the years to come, they will be saving money—millions! 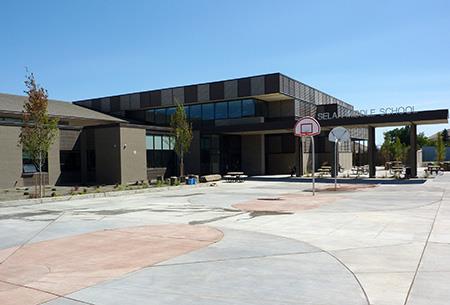 The Selah School District has successfully taken advantage of current low bond interest rates to save taxpayers almost $4.7 million over the next 15 years.  A sale of bonds authorized by the District Board of Directors this past December will refinance bonds issued in 2012 to fund the construction of Selah Middle School and the remodeling and improvements to Selah High School.  The overall borrowing rate for the new bonds sold on February 8, is a very low 2.11%, compared to the rate of 4.32% on the old bonds.

According to Selah Superintendent, Shane Backlund, the District is pleased that patrons directly benefit from the refinancing of the bonds.

“Over the years, the District has been fortunate to benefit from the support of the Selah community,” said Backlund. “So, this is a great opportunity to save our taxpayers a significant amount of money that will now stay in our community and local economy, rather than go to pay interest on bonds.”  Backlund also emphasized that the anticipated savings will go directly to taxpayers through lower future tax collections.

Chris Scacco, Associate Superintendent for District Operations, said although there has been substantial volatility in the bond market over the past couple of months, the interest rates on these types of bonds have recently returned to near historic lows.  Scacco says this was a very good time to refinance the eligible bonds to provide savings to District taxpayers.

“We have been monitoring the market closely over the past two years to identify the best opportunity to refinance the District’s 2012 bonds.  Now, we are very happy to be able to provide significant savings to the district taxpayers,” said Scacco.   “Being able to cut the interest rates by over half is a very good result; I wish I could do that on my home mortgage,” noted Scacco.

Also, as part of the sale, the District received a strong credit rating of “A1” from Moody’s Investors Service.  Moody’s noted the District’s “conservative fiscal management and community support for operating levies” as credit strengths.

“This refinancing of bonds is one more way to demonstrate to the community our commitment to fiscal stewardship of the funds entrusted to us,” said Superintendent Backlund.