It's All About the Kids

In Big Picture Learning It's All About the Kids

In the big picture, It’s all about the kids.  That's what teacher Brad Smith said when describing the Big Picture Learning Program at Selah Academy.

In its inaugural year, Big Picture Learning (BPL) is a hands-on, innovative educational program, where the mission is putting students at the center of their learning through real-work experience. As part of the model, students perform internships under the guidance of mentors, and are not assessed solely on standardized educational requirements, but evaluated on demonstration of "real world" vocational standards.

Last year, District officials and Academy principal, Joe Coscarart, researched BPL, a system that has over 65 schools in the United States.  The decision was made to launch the program in Selah to meet specific needs for certain learners.  Research shows everyone has different learning styles, and education loses students when their needs are not met and learning is not relevant.

As career interests are identified, Smith, Hull, and Sarett, help arrange job shadow opportunities for students, and secure internships.  So far, students have established relationships with engineers, mechanics, a newspaper publisher, Selah Downtown Association, and the District’s preschool program, to name a few. Also, students gain insight into the working world by participating in Leaving to Learn excursions. Thus far, students have visited Tree Top, Monson Fruit, and Matson Fruit.  During these experiences, students receive a real look at an employable environment.  At Monson Fruit, students visited the packing lines, and at Matson Fruit, saw the robotics storage facility.  Learning has also extended to resume building with the District's Human Resources Office. Additionally, each student in the program has a First Aid Card and food handler's permit

Complimenting their fieldwork, students spend class time acquiring English, math and science competencies specific to their specific learning plan, as well as enhance their knowledge for the state assessment. Students must also meet extra criteria, including community service, completing a project outside of school, and participating in end-of-term exhibitions.

In a unique setting where learning extends beyond a desk, students have benefited from the Big Picture environment.

Smith said since the program began, students want to be at school and this is reflected in their attitude.  Smith said the school culture has improved, and absences have decreased.  Smith referenced that some students who attended the Academy's online program last year and were never present, now attend school regularly. In fact, Smith said one student who received an attendance award this fall cried with his mother because they knew the significance, as last year he was never at school.

As he speaks, Smith talks about a student whose name is linked with growth.  As he points in the student's direction, Smith said a year's difference is unbelievable.  Smith said for someone who last year came to class with his head down, no eye-contact, and would rarely speak, the evolution has been tremendous.  Now, the student talks with classmates, contributes to conversations, and presented during the fall exhibition.

And, the student?  He, too, recognizes his development.

"Before I would just sit at my computer," he said.  "But, I like coming to school because I can be part of a group.  We do a lot of work, but we investigate jobs that interest us and I am learning about something I enjoy."

As students’ progress through three BPL learning cycles in the year, they work toward the opportunity to level-up. As they work toward this checkpoint, staff communicates with students regularly regarding who is “on-track.”  For those not on target, plans are devised to address deficiencies and support for success is provided.

As Selah Academy nears the mid-way mark in its first year of the Big Picture Program, Smith said the concept works because students have ownership in their education and see it as being authentic, with real world relevance.

"Sitting in a classroom all day isn't for everyone," he said.  "But, everyone knows that eventually they are going to work to support themselves. This environment allows students to learn the skills of a profession that interests them, challenges them to grow, and prepares for success in the real world.”

In other words, the big picture, is what it is all about…the kids.

Access here to read Big Picture article from a student in the program completing an internship at the Selah Journal. 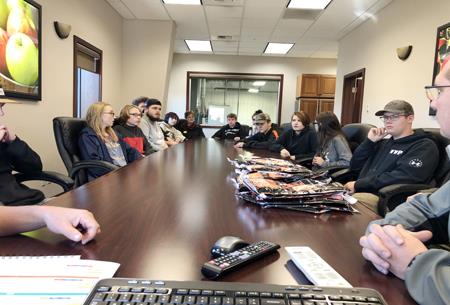 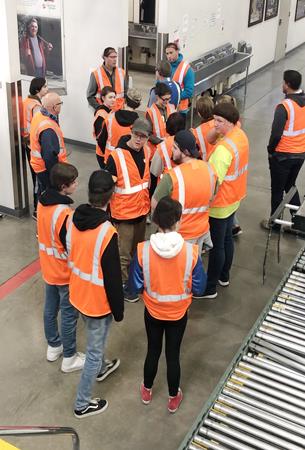