Following the returns of the November 5, General Election, the Selah School District welcomes Dan Peters as its newest school board 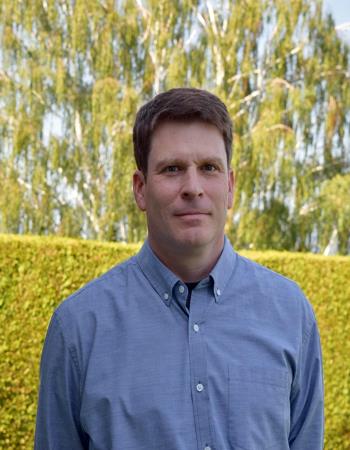 Peters, who has thus far received 63.75% of the votes, will serve Position 2, an at-large seat.  Peters replaces longtime Selah School Board member and retired teacher, Kathy Lambert, who did not seek re-election.  Peters, who has been a professor at Yakima Valley College, and is a Selah graduate, has been elected to serve a four-year term.

Peters has been active in the Selah School District both as a parent and as serving as the co-chair of the last two Friends of Selah campaigns.

In February 2018, Peters, along with his wife Amy, led the District’s bond campaign to replace and restructure John Campbell Primary School.  Their leadership efforts helped the bond pass the supermajority threshold, and, as a result, a new kindergarten campus is currently under construction and will welcome its first class of students next fall.  Also, as part of the bond package a new first and second grade facility is being planned for, with construction targeted to begin in the Summer of 2020.  In addition, Peters co-chaired the District’s Enrichment Levy Campaign last April, which resulted in the levy’s two-year passage, which is an important funding source for Selah schools as it helps fund what the State does not fund or does not fully fund.

Additionally, Peters has also worked on various District committees and has supported numerous community causes.  He will be sworn in at the scheduled December school board meeting.

“Dan is an exceptional leader in this community and for our schools,” said Superintendent, Shane Backlund.  “His commitment and work on behalf of Selah schools is respected, where students, staff, and providing quality educational opportunities are a priority.”

In other Selah School District School Board elections, Board President, Jeff Hartwick, and member, Sarah Michael, were both re-elected to retain their board seats.