"You Will Make it Through Whatever the World Throws at You!"

In a return to the familiar graduation surroundings of the Yakima SunDome, class-chosen speaker, Logan Thompson, stood atop the day's biggest stage and looked out at his 256 classmates sitting before him dressed in Viking blue and gold.  As he acknowledged the Class of 2022 as the first group of Selah graduates to have a "normal" graduation since 2019, Thompson spoke about the cohort's high school adventures. He recalled early-on thinking that the four years of high school would each be a repetition of the prior year.  Thompson reminisced about the class's first fun experiences as freshmenꟷthe first day of school, Friday night lights, dances, athletic events and singing the fight song. He said he and his classmates presumed their sophomore year would be like the previous.  Thompson admitted that the opportunities the Class took for granted, circumstances changed, and a two-year pandemic redirected their "normal" high school experience.  As he articulated his words that were drizzled in the tone of assuredness, Thompson expressed to his classmates that they had the ability to achieve great things because of their unique high school experience. He explained that just like the past four years, life would interrupt set plans, and that there would be times that would challenge them to proceed. But, as he stood under the lights for one final "normal" high school moment, Thompson looked at his classmates and used the lens of hindsight to leave no doubt with them that on the journey to achievement, "You Will Make it Through Whatever the World Throws at You."

Preceding Thompson's address, faculty chosen speaker, Andre Moore, highlighted the different moments which led the Class to graduation's point in time. Thompson explained that the memories created through activities like lunchtime antics, and participation in sports, band and other activities helped form graduates into the individuals they have become. Moore also shared that everything comes to an end and the past doesn't define the Class's future, as their next actions taken can change lives forever.

In a message to graduates, Shane Backlund, delivered his last address as superintendent to the Class of 2022, using his mother as inspiration. Explaining that she was the best teacher he ever had, Backlund challenged the group to give their time to help others.  Backlund praised the Class as a group that can be difference makers and encouraged them to share their talents to benefit people and communities.

Prior to the announcement of graduates, Principal, Colton Monti, said the Class of 2022 would always have a special place in his heart, as when the group were freshmen, Monti was in his first year as principal. Monti also commended the graduates for their determination and explained that during his own spring of personal challenge, the Class helped him persevere. Monti provided one last message to the Class, a lesson he learned from his mom, to never give up, and never back down.
As this year's graduates prepare for life's next challenge, they have the experience of navigating abnormal times.  After all, they spent part of high school doing this. As they return to "normalcy" on their quest for achievement, there is one thing the Class of 2022 understands: they will make it through whatever the world throws at them. 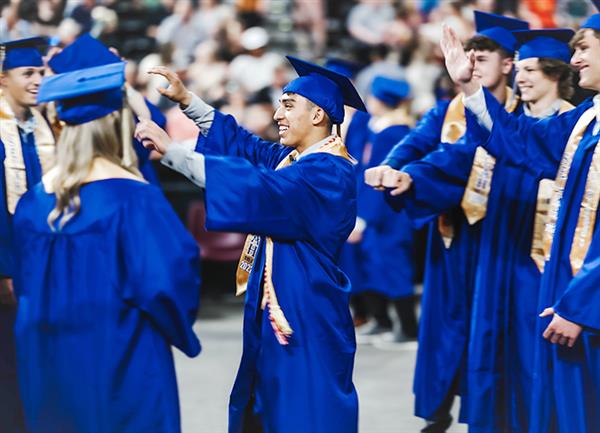 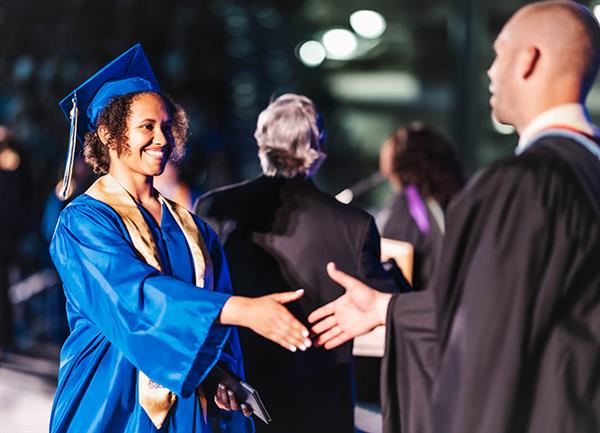 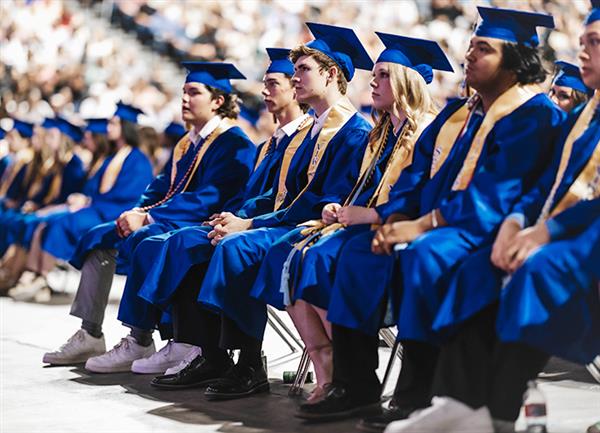