A Face-Full of Sweet Incentive

Students at the Robert Lince Kindergarten had a face-full of sweet incentive to accumulate reading minutes this spring during the school's read-a-thon.  That’s because the top readers received the opportunity to throw a whipped cream pie into the face of a staff member. With that motivation, who wouldn’t want to read?  In fact, some popular staff members took multiple pies to the face! Additionally, after amassing massive amounts of reading minutes, Lacey Carter’s class earned the overall reward of receiving a pizza party and, for their efforts, Megan Graham’s class earned a popsicle party.

It’s a great job by Robert Lince kindergarten students for accumulating reading minutes during the school’s read-a-thon, and it’s a big thanks to the staff who took a face-full of pie for the cause. 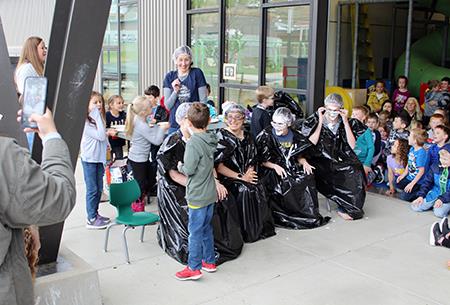