Students at Selah Intermediate displayed their community spirit as they spearheaded the school’s annual food drive to benefit Selah and Yakima residents.

During the weeklong drive held in conjunction with homecoming spirit week, students and staff collected a school record 2,420 food items for donation to the Selah Food Bank and the local Veterans group in Yakima.  In an annual partnership with Selah supporter Bill Harris, who donates the boxes for the food donations and helps load and transport the items, the school’s contributions will help local residents during the upcoming holiday season and winter months.

According to Mindy Forbes, school counselor and ASB/Activities Advisor at the intermediate campus, the food drive was an important and successful opportunity for the school to partner with local community resources to benefit others.  Forbes said that throughout the week students learned about the importance of philanthropy, helping the community, and taking care of others.  In recognition of their community thoughtfulness and contributions, representatives from the Veterans group presented the school with plaques of appreciation.

The food drive at the school is another example in which Selah’s schools and students initiate projects to help the community, which has provided support for Selah schools.  Selah Intermediate would like to thank everyone who contributed during its food drive! 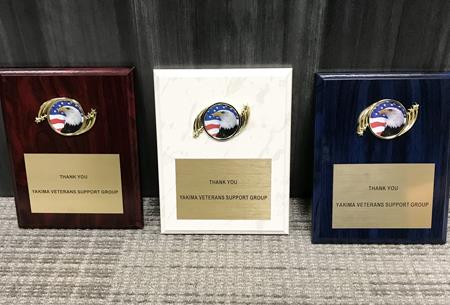